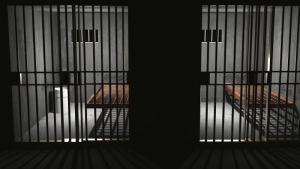 You assume at 67, a retired Air Force Master Sergeant who had earned the diamond within the chevron on his sleeve would emanate an air of respect. Like a policeman, you would find a kindred trust for the man who had once been attired in such a symbolic uniform. After all, his was an honorary rank.

So why would a man presumed of sound mind, enter the annals of pedophilia?

Some child molesters emerge from bushes intent on molesting children on their way to or home from school. Others are friendly neighbors, attentive shopkeepers or relative sons of friends who are much too willing to babysit children. For free.

Still others, like Donald Travers, prefer to prey on minors from behind the drawn curtains of his home. It’s a private matter. It’s a disease that overwhelms him and one he cannot control as he trolls Craigslist. It’s an obsession that will not be satisfied until his job is done.

His dark, sinister eyes scan the ads until they reside upon one in particular. This one has a different flavor. He is a troll of a certain caliber. He doesn’t write the posts this time; he replies to them, particularly to those that inflame his inner embers. He has done the groundwork but still, he remains unsated. The incessant desire to maintain himself are the leavings of a dangerous human being. He harbors an unhealthy sexual interest in children.

He replies to the ad. “If you want to meet a woman of 35 and talk drop me an email.” Travers loses no time and promptly replies. “Hi. Let’s meet and talk. I’m a 45 yo white guy.”

The response he receives is pleasing and his blood sluices through his veins. “Hope you don’t mind. My kids are spending the weekend after next with their father so I can’t meet till then. I hope that’s okay.”

Travers can hardly contain himself. However, he has lied about his age and is haunted by the inevitable shock the young woman will receive when they finally meet. What he is clearly unaware of is the author of the ad. A seasoned police detective, Glenys Roberts has been assigned to her department’s Crimes Against Children Unit. She is highly trained.

The emails continue throughout the week and Travers becomes insistent. “How old are your children?” Ironically, he has been regularly posting ads for “Free Babysitting” in which he volunteers to watch people’s daughters free of charge. He tells Glenys Roberts in a bid to win her trust.

Roberts immediately searches Craigslist for the ads and unearths three that have only recently been posted. “I’m not really 35,” she writes desperately dangling the proverbial carrot, fearful she is losing him. “I lied. I’m 15 and way too young to have kids. But my parents are going away for that weekend and if you want we can still talk.”

When Travers is rewarded with an answer that will throw kindling over the already flaming embers he knows he will find it difficult to refuse her, nevertheless, he cools the lines of communication and becomes less desperate to make contact.

Roberts, frustrated by the communication breakdown, responds to Travers latest ad for a babysitter under a new persona. She adopts the voice of a twelve year-old girl who has a seven year-old sister and the conversation quickly emigrates to Yahoo Instant Messenger. Travers asks for “a pic or two to prove you’re real”.

In reply, Roberts sends him two pictures; one is of two little girls wearing matching pink bikinis on a beach. Travers excitedly reciprocates with one image of a man’s face and one of an erect penis. He also provides his phone number. The number comes from the vicinity of Houston Texas.

Now all Roberts had to do is find Travers.

Glenys Roberts serves a subpoena for Travers’ phone number which returns promising results. It belongs to 67 year-old Donald Leonard Travers who hasn’t even bothered to disguise his electronic identity. When Roberts obtains a photograph from the motor vehicle records, she knows she has her target. Face to face, his matches the photograph he has sent to her twelve year-old alter ego.

Roberts arranges to meet Travers who asks her and her sister to ride their bikes to the McDonald’s carpark. He will then have sex with her in his car while her younger sister watches and afterwards, he will take them home.

At 5 pm as the sun dips low toward the horizon, the McDonald’s carpark is crawling with plain clothed police who covertly wait as Travers pulls naively into the lot. The Hyundai circles once and then parks at the furthermost reaches under the trees. Travers is immediately placed under arrest.

Travers signs a plea deal for one count of facility to entice a minor to engage in sexual activity. He is then sent to live under the roof of his parents where he will await sentencing. He is ordered to refrain from any involvement in pornography and Craigslist.

The prospect of imprisonment clearly sends ice through his veins and the fact that he has indulged in online solicitation means he would be charged with the initial penalty and the long-term consequences. Because the charge does not require an accomplished act with a minor, he will still be charged for communicating with a view to engaging in sexual activity and carnal knowledge of a child.

Online solicitation laws have changed as technology has expanded and evolved. Any person using the Internet or chat rooms to initiate sexual encounters with a minor, or the conversation includes a request for the child to meet in order to engage in sexual activity, will have the defendant charged with solicitation.

Defenses for the Accused

The judge is appalled. And passes down the sentence.

Travers is aware that his trolling online and his solicitation of a minor is his entertainment; a fantasy he cannot control. Regardless of his plight, this kind of lewd behavior is classified as a felony level offense and Travers will have to get used to life in prison for a minimum of ten years. Thereafter, will be registered as a sex offender for the rest of his life.

Detective Glenys Roberts knows the Internet is a mammoth communications network on which a broad range of pedophiles troll through countless sites. She is also aware that despite the perceived anonymity, most Internet-enabled crimes have an inbuilt component that assists in identifying trolls.

Offenders are eventually forced to email or instant message their targets if they’re to meet and close the deal.

The police have all the necessary tools in place to subpoena and eventually arrest these desperadoes.

Names have been changed.

Houston personal injury attorney Carvana Y. Cloud of The Cloud Law Firm P.C. has been fighting for injured victims’ rights for over 10 years in the state of Texas.

Over the coarse of her career, she has gained the respect of other personal injury attorneys in the field, as well as gained the trust of the community by serving the interests of her clients with the utmost integrity. When it comes to matters involving personal injury or wrongful death claims, you are in good hands working with Carvana.

Attorney Carvana Cloud knows the legal system, and how to handle insurance companies that don’t wanna play ball. With more than 10 years of legal experience in compensation and claims litigation, she is competently confident, based on a number of successful personal injury and wrongful death lawsuits, to be able to handle a number different forms of legal matters involving getting fair treatment for injured Houstonians.

I remember, once upon a time, a younger cousin of mine was arrested for the illegal criminal act of the possession of Marijuana on the East Side of Houston’s Clinton Park, by Houston Police Department officers on patrol.

We were pulling out our hair trying to figure out which Houston criminal defense attorney to hire until we realized we were out of options.

After we thought about the potential ramifications of him having the criminal charge of Marijuana possession on his background, we thought it prudent to accelerate our pro-activeness and hire a drug crimes attorney.

Although it would have only been a misdemeanor charge, my young relative wants to attend an Ivy League College and visit Europe with his class and having a court date or a criminal record would not help any of his future goals come to fruition.

If you are ever arrested and looking at a court date in which you will be forced to appear in front a judge, don’t any time in hire a Houston criminal defense attorney to help you beat the case.